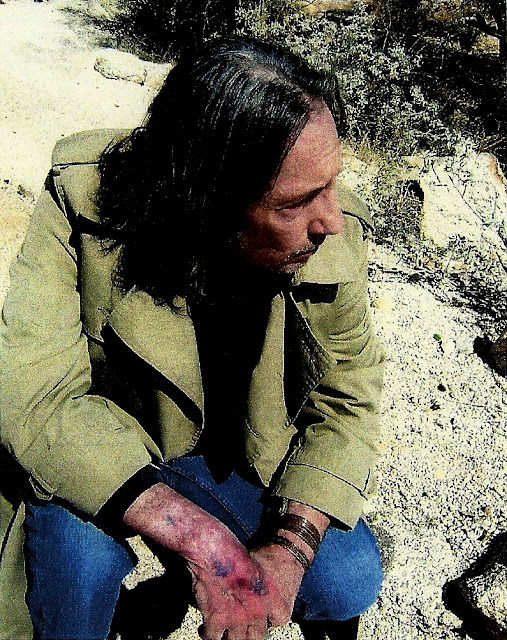 It's been said we die twice in this world. The first time when we're buried and the second when your name is no longer mentioned. We all hope to be remembered, I think...Or more appropriate we want to be remembered in a good way. Sometimes that's just not going to happen no matter how you try to live the last part of your life the first two thirds have probably already been chiseled in stone.

When I was young I was diagnosed at Barrows Neurological Center with a problem with a part of my brain and was said it seems to manifest itself as something called 'Position Vertigo', the inability to make sudden movements without suffering a balance problem. It wasn't until the military had a hold of me and as I lay recovering from a wound they ended up giving me a psych evaluation which just seemed to go on forever. They graphed off my bald skull into squares and stuck needles into my brain (Ouch) and they discovered I had an abnormality in the prefrontal load which, among other things, can cause waking black outs...Which explained a great many things that have happened in my life. People who were close to me would talk about something I did or said and whatever words I used amounted to calling them a liar.

Not the best way to keep a friendship.

College had a lot of those blank moments and the stories I was told about my actions I'd learn to just go with and, most times, really hoped to run away screaming because they weren't...Nice. I probably drove away too many people until I learned to accept they're probably telling the truth and I just fucked up. There was one particular story that spread around town about me holding a court appointed counselor at gun point with the CG police circled around the apartment...That one I actually remembered. There was a police man, there was a counselor, and I did break something and the nice police officer tossed my up against the wall where a nail was sticking out and there's still a scar on my forehead today.

I was an angry person and the 80s were probably a testament to my anger, my excess and I cannot begin to count the amount of times I'd crossed the limits of all laws. I have neither the time or desire to go into that except for the end of the 80s. I went into rehab and stopped the drugs, the drink, everything and will have been sober for 30 years in 2019. Those around me for the most part, they didn't quit...And I had to find a strength I didn't know I had. A lot of that strength came from a friend I met with whom I had a lot in common, especially the ability to speak and share and listen to with sobriety and it was with that sobriety I fell in love with this person...I often think had I not been so afraid of life I would have walked away from the world I was in and join theirs...I could, and have, faced bullets flying my way, I've had three jumps out of a cargo plane, one at night (With those horrible old white parachutes), I've actually had my face explode once (Seriously, it was horrifying), at work in Scottsdale and had to call for someone to come and pick me up as I stood outside the old Los Arcos mall hidden behind a paper...They never did figure out what caused that. In the photo above you'll see my right hand...That bruising and discoloration went all the way up and you couldn't touch it without the skin ripping off. Almost lost that arm as the sores stopped healing, eaten to the bone, and spent Thanksgiving two years ago in the emergency room when taking a shower a vein was cut open by the shower and there was blood. Again, they couldn't discovered the source and the wound center came up with the phrase 'Weird Sores'. They also healed my arm.

My life has been one of extremes...I didn't sit and watch television, I didn't spend my spare time just becoming a vegetable and did things. The memories often haunt me, some of those things I'd done in the other state of darkness started to manifest and that's a bummer as well.

I don't know why I still live. I really don't. I'm just an artist who has a degree in Theology and has had his 15 minutes of fame and don't really want another. What I would like to do is tell the whole story, about the dying and dead I've often been around, of those abilities of seeing into other venues of life and death that can cause a problem with psychiatrists and counselors and it's been damn lucky for me that I have a sister that has faced them down and so I'm still not behind bars of any kind.

I have a rule, one which I've never deviated from. If someone asks a question about my life I will make certain they want the truth and if they do, I'll tell it. If they don't I just let them believe what they wish...Which is okay. The lies, horrid as they may be, are far safer than the truth.

The truth has never set anyone free.

It's a new year beginning at midnight tonight. I have no resolutions to make because I don't have time to keep or failing them. If I had the power I'd wish for those who have been a part of my life remembered instead: Devon Oxford. Tony Salmons. Alex Jay. Ray Castellano. Jane Hamner. Don Newton and his son Tony. David and Karen Rasey. There are more. I'm going to be spending the rest of the day thinking about them.

There's going to be a time when these hands no longer write or draw. When my eyes are closed and the pain is finally gone. Life will continue and as much as I hope my art endures I won't be surprised if it is not. Tell whatever story you know about me...It's probably better than the truth.

I guess if we really wanted truth we wouldn't spend half our day watching television and movies.

Have a safe New Year. Enjoy yourselves and be prepared for more of the same next year so drink one for me and I'll settle up in the next life. 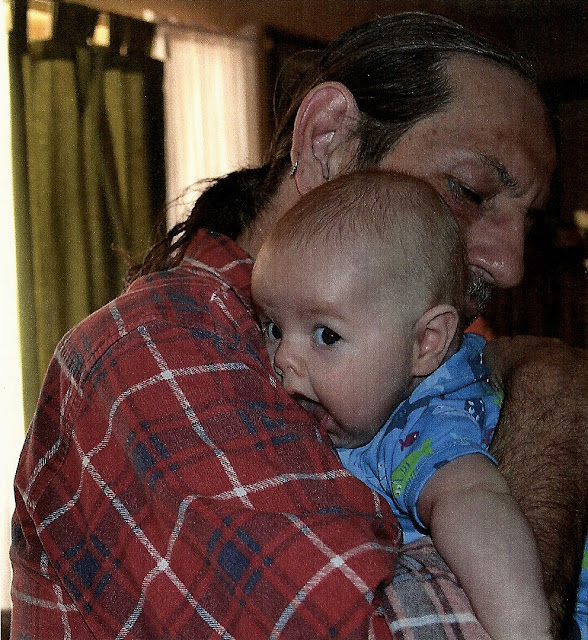