Then, Now, and Tomorrow 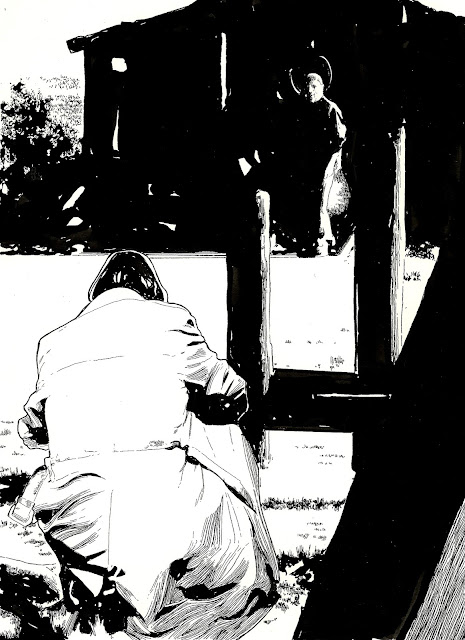 It's the end of yet another year and the beginning of a new journey, the time when we tend to sit and look over the things we did, those we didn't do, those we can only dream of accomplishing and make all sorts of lists for what happens tomorrow and beyond, lists most of us will never really adhere to but, hey, it's the thought that counts.

I don't have any lists. I've spent the last couple of days without sleep (Okay, I did grab about three this morning) watching my father lie in a state of what can only be called limbo. A couple of days ago he stopped wanting to eat, then took little to drink and then just closed his eyes and he's been there for the most part since. My sister put a chair in his room, first because he wanted to sit up and that didn't work out well, so now we sit there, watching quietly for proof he is still alive, trying to make him comfortable and leaving out the anger at all those who should have cared about this guy but don't, who have left him off their personal list for whatever reason they have created in their minds...Letting it sit to one side while focusing on this one moment.

A breath. Another. Then more silence where thoughts come to mind.

Memories are a tricky subject...We tend to romanticize them or to blow them beyond their actual worthiness, enshrining them with fantasies that fit our mood. We like to believe we will act a certain way when we're faced with death, maybe be heroic or selfless, I don't know, but the reality is we kind of accept the reality for what it is and hope our own ending will be a bit more...Dignified. Personally I don't have an image of people surrounding me when I die, not too realistic. I suppose I have shared more than a little anger here and there throughout my life, pissed off this or that person, and I accept the consequences, I don't try to rationalize my mistakes or crimes or the pain I've called but I do dare to make those who are so much involved in self righteousness to use religion to excuse their anger, to allow their 'Morality' to judge mine as being somehow unholy and wrong...You don't like me, fine. Don't fall behind religion to justify your bigotries and hate, don't try to rationalize your actions as anything more than pettiness.

It was funny, though not at all unexpected, to discover just how many people found fault with me when it was discovered I have always been bisexual. It was tragic when I began having physical reactions to certain viruses and how people grabbed a hold on those moments when I needed support the most to push themselves away, citing none of their own prejudices but the incredulous idea they were protecting their children from some kind of infection when it was their own fear and hatred they were fostering. I had an opportunity to speak with one such person who was more than willing to call me names, a smile on the face, the words digging deep...Which was their right. I accept the reality that we will never be close, but to shove aside this old man, this guy who'd been there for every moment of their lives and, yeah, he was never perfect but he did love, he did care, and now he is shoved aside.

So, yeah, the year is ending and I am thinking of the next year, about how this guy isn't going to be there, about how an entire part of the world so many had known is going to be a memory for some and just a name for others. There are a great many people in this world who face this reality every day, virtually every person in the LGBTQ Community, men and women who have been shoved aside by so called loved ones who cite 'Faith', 'Religion', and some who call it what it is, 'Social Status', as their excuse. That's okay because there is a certain Law in my own Faith which talks about the Threefold Return.

Some call it Karma.

And there are those who will laugh and tell you they don't believe in the Threefold Law of Return...Doesn't matter. They don't have to believe but, like gravity it still exists and it is very much real. Simply, whatever you send out, emotionally, anger or love, will be returned to you three times in strength. Most of us want to see this happen because we like our revenge now and not down the line. Some will label it as a curse or 'Demonic' and will fall behind their own belief's to fight it but, in the end, we all face justice. We all have to enter that world after life with their own chains forged in life.

My dad had his faults. He and I never got along for the most part but he did his best to raise myself and my sister...Albeit he did allow his anger and bigotries to get the most of him now and then with disastrous results and actions which sent us in different, sometimes painful, directions. He made a lot of mistakes, made a lot of people angry, and now none of that matters.

He is an old man who is going to die. There is no if about it...He will face what we all face eventually and my sister is damned if he is going to do it surrounded by strangers. She, of all people, has every right to hold a grudge but she has shown what 'Religious' people never do, she has shown the world what forgiveness and mercy is all about and I can do no less because I love her and will do anything she needs me to do to help this man die with dignity.

He won't know there were no others at his side. He won't even know we were. He'll only know that he isn't alone and that's all that matters.

He will not be here in the next year. He becomes a memory. A 'Statistic' to the world but a life once strong and filled with hope for the future and all of his own moments of happiness, dreams and actions that have touched others whose life will continue, in some way, to make its mark...He lived. He loved. He made mistakes.

And now, after three hours of sleep in two days, my vigil begins again. He looks nothing like the frightening terror I knew as a child, just another old man whose time is almost over. An old man who deserves what most human beings deserve in the end.

There are those who deserve to be hated, forgotten, vilified...He is not one of them. He was just a guy who tried his best and his best was judged by a generation that hadn't grown up much in the last few hundred years. That isn't his fault and I won't judge him for being less than...

...I will simply make sure I learn from his mistakes.

I guess that's what any child can really ask of their parents in the end.

Be safe this new year. Be loving. Don't wait to let those around you know you love them and don't expect their love in return...It's enough that you have that emotion, it's enough to still be able to know  what love is. 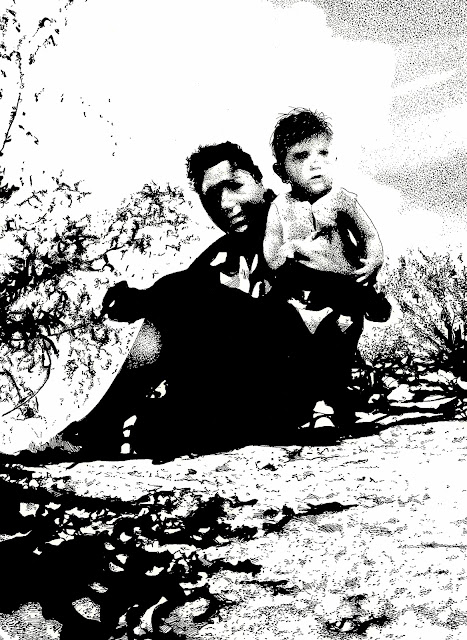 It's the only real thing we humans have that will save us in the end.

'Manifest Destiny' and Other Lies 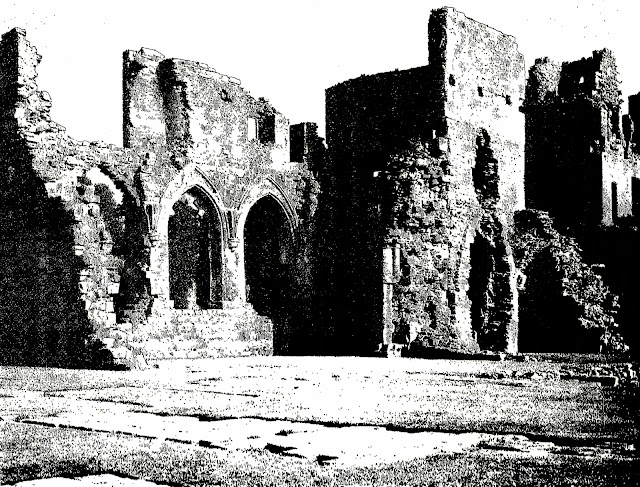 When we're children we're taught to believe in pretty much anything...Santa Clause, The Easter Bunny, Tooth Fairy and from the beginning of our understanding we're taught that America is the land of opportunity, a place where we live in a democracy and that we're the good guys, the people who came to this country and 'Conquered' it...Conquer doesn't really paint the complete picture because the first immigrants to settle on the East Coast accepted the help of the original settlers, the Native Americans, and within 40 years afterward, after they taught them how to survive the harsh winters, how to plant crops and all the other things they needed to live in this new world, they began their systematic elimination of the very people who'd saved them. In a couple of hundred years, after the American Revolution, the French-Indian war and the Civil War, an unnamed journalist waxed poetic about America's 'Manifest Destiny' and the leaders like
Read more

Art in Black and White... 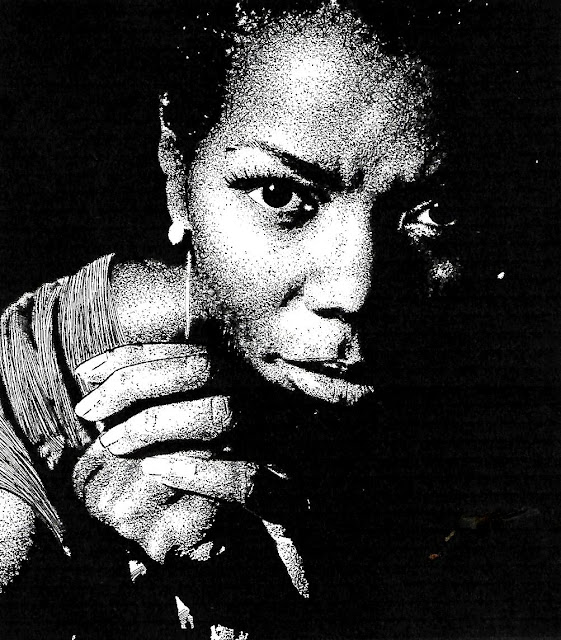 Artists tend to draw what they know, what they're comfortable with. I was fortunate because I met an incredible individual back in college who taught me about the history of Africa, the beauty of a people who live in the cradle of civilization. Here are some of the drawings and paintings I've done, dedicated to Diana...Wherever she may be today. Just a few of the drawings and paintings I've done over the years....Enjoy.
Read more 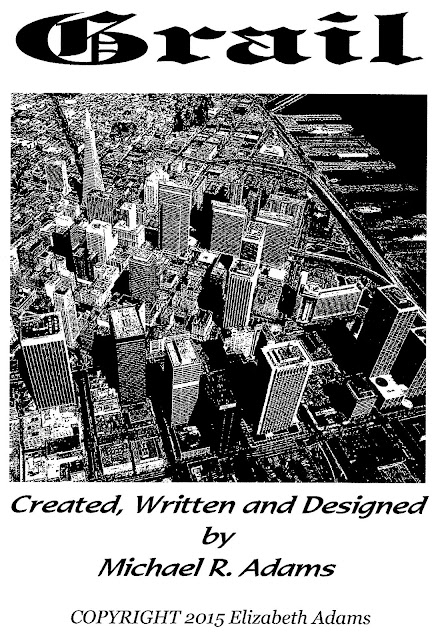 Julie Aramos is an artist in San Francisco. Her father is Gabriel Aramos, successful writer and artist once married to Teresa Russell whose family were among the founding members of early San Francisco. A few years ago Julie was almost killed by her ex-boyfriend and as a result she's pretty much lived alone at one of her Godmother's many houses and, with the help of her dad she found her voice as an artist. So, yes, this is a work of fiction built around the lives of several people I've known. Julie falls in love with a woman, Alona Carpenter, and as a result she starts working on a new art showing, 'Women in Love'.  And her art show causes all sorts of problems with her Mother's family but she also discovers the person she didn't know she needed the most: Herself. What's next are some of the drawings which are definitely NSFW and for anyone who has a problem with images of gay love. LAST CHANCE. Ooookaaaay.
Read more